The East Sussex Branch of the Co-operative Party held its AGM today in Eastbourne.
The meeting elected  Jean Couture as Chair, and Dave Brinson as Secretary, with Hastings Labour councillor Nigel Sinden as Vice-Chair.  Thanks were given to Dilys Gray-Jones, who stepped down as secretary after seven years service, that started when she was the driver to re-form East Sussex as an active Co-operative branch.  Jean and Dave will represent the Branch on the Sussex Co-operative Party Council.

The branch continues to affiliate to all local Constituency Labour Parties in East Sussex, and nominated John Carden to serve as delegate to Brighton Kemptown CLP, Jean Couture, Dave Brinson and Jake Lambert for Eastbourne CLP, and Dilys Gray-Jones, Paul Barlow and Nigel Sinden for Hastings CLP- where, of course, we are proud to have our member Sarah Owen as Labour and Co-operative Party Parliamentary Candidate. Branch member Emily Westley is also on the shortlist of Labour candidates for the European elections next year.

The meeting discussed our campaigning priorities for the forthcoming year- and our attention was drawn to the Co-operative Party's current national campaigns to promote co-operative values in Britain- including:

The Feeling’s Mutual- a campaign to build a fairer economy, support financial mutuals and, in particular, to return Northern Rock to its former building society status.
HomeShares – the campaign for Co-operative Housing Tenure- to recognise co-operative housing in English law for the first time.
The People’s Rail - to give passengers, staff and the taxpayer a stronger voice in the running of Network Rail and our rail network, by ensuring that the governing members of Network Rail are directly accountable to stakeholders and by enabling worker and community co-ops to bid for rail franchises.
Sewn Up – supporting the Kopano Women’s Co-operative in South Africa - raising funds for the women of the Kopano Sewing Co-operative in South Africa to help them renew their equipment and expand their business making clothes and school uniform for their local community. 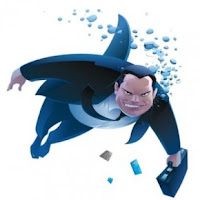 End Legal Loan Sharking-  to regulate payday lenders, and the exorbitant rates of interest and penalties associated with them. Eastbourne Labour Party and the East Sussex Co-operative Party have made this one of our key campaigns- especially as local Lib Dem MP Stephen Lloyd has defended these companies in Parliament !

If you would like to be part of our campaigns, JOIN the Co-operative Party by clicking here.
Posted by Dave Brinson at 14:01